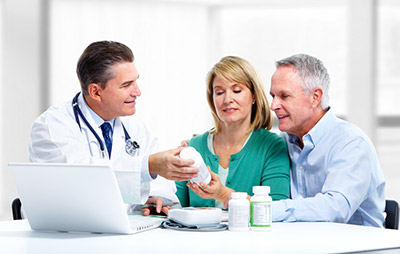 The RDD Method™ reduces pain and suffering associated with drug withdrawal. It is common to be hesitant to take the first step to kick the drug habit due to fear of withdrawal symptoms. The Rapid Detox board certified medical team is able to eliminate most of the pain and suffering associated with drug withdrawal. Call us at 1-866-399-2967 24/7 or contact us to learn more on how we can help you become chemically independent of the physical effects of drugs. 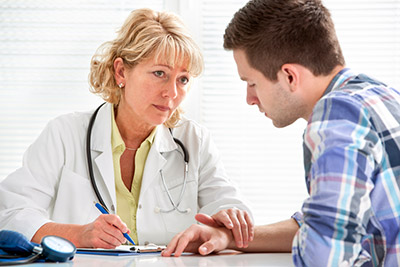 The Rapid Detox team will discuss with you your drug abuse experience so that you feel knowledgeable, comfortable, and secure about the RDD Method™ and withdrawal process.

The type of drug, quantity, regular usage, and length of time a drug is abused factors into the intensity of an individual’s experience and time it may take to return to feeling normal. The RDD Method™ is effective for greatly reducing typical ‘cold turkey’ withdrawal symptoms for the following drugs:

Opiate Use and Decreased Hormone Levels

The term ‘opiates’ refers to any of the narcotic opioid alkaloids found in the opium poppy plant or synthetic man made opiates such as: Methadone, Demoral, Ultram. Opiates are either constituents or the compounds obtained from the constituents of opium. These opiates are obtained from the sap of the opium poppy. Major opiates present in opium include morphine, codeine, papaverine and thebaine. The opiates derived from major opiates like morphine and codeine include heroin, hydrocodone and oxycodone. Opiates are highly addictive in nature and abruptly withdrawing from their use can trigger a series of opiate withdrawal symptoms which prevents users from getting rid of this addiction.

Symptoms of opiate withdrawal range from problems such as vomiting and headache to major complications that require the person to be hospitalized. The degree of withdrawal symptoms depends on how long the opiates in question were being used. People not only are addicted to drugs such as heroine and morphine but some are also addicted to opiates such as oxycodone/Oxycontin that are present in various prescription drugs which are prescribed for various illnesses. In such cases, many do not even know that they are addicted. In fact, many tend to treat the opiate withdrawal symptoms as a recurring ailment so continue taking the prescribed medicine eventually causing an additional addiction. A stage is reached where they are unable to stop using the medications even if various side effects become obvious. Commonly observed opiate withdrawal symptoms include:

Some symptoms may start presenting within 48 hours after the last dose, while some are more obvious and severe with time.

Narcotic drug use and addiction does not stop with opiate withdrawal symptoms alone. Opiate withdrawal can lead to some severe complications which can eventually result in the death of the individual. One of the most prominent complications is drug overdose when returning to drug abuse after staying away for a significant period. When the person stops using these opiates, the tolerance levels for the particular drug decreases significantly. In such circumstances, even a small amount of the drug can lead to drug overdose and eventually death. People withdrawing from drugs are also known to experience bouts of depression and other acute mental illnesses.

These opiate withdrawal symptoms make it difficult for the individual to stop their addiction. One has to have strong determination in order to fight these withdrawal symptoms. It is not easy. Time and again, the person feels forced to go to the drug for one last time repeating the cycle. The best option is to seek a reputable rapid drug detox program. Once the patient is detoxed, the use of the non-addicting, non-opiate, opiate blocking medication Naltrexone aids in keeping the patient clean by reducing the cravings and protecting the opiate receptors by blocking any ingested opiate from attaching.

We encourage people to report negative outcomes of prescribed drugs such as extreme withdrawals from Suboxone® and other opiates.

To report adverse reactions or other problems to the FDA, contact the FDA district office consumer complaint coordinator for your geographic area.

Visit this FDA website for a state by state listing for phone number.

Free Yourself From Drug Addiction

Contact Rapid Drug Detox by filling out our form or by calling us at 1-866-399-2967. Our nurses are on call 24 hours a day, 7 days a week. The RDD Center knowledgeable, licensed medical professionals are available to answer all of your questions.

RDD Method™ Is Right for You