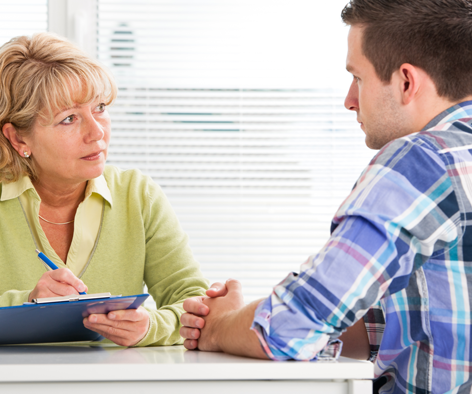 Perhaps your doctor prescribed OxyContin when other painkillers stopped working for you. Although six million people a year take OxyContin, USA Today calls it a “prescription for trouble.” The National Institute of Health recently reported that 23.9 million American adults —over 9 percent of the population—overused an addicting medication in the past month.
OxyContin is a controlled-release version of oxycodone hydrochloride. Like any narcotic intended for extended pain relief, it can become addicting. Those addicted to OxyContin often crush the tablets and inject or snort them to get the drug into the bloodstream. Not only does this increase your risk of addiction but can be fatal, even the first time you try it.

The more you use OxyContin, the more you need, which leads to addiction. Symptoms of addiction can include flabby muscles, shallow breathing leading to respiratory arrest, or a drop in your heart rate and blood pressure, which can bring on a coma and even death. In 2015, Science Daily reported that “legal drugs such as OxyContin now kill more people than heroin and cocaine combined.”

Detox is tough when you try to go it alone. But the Rapid Drug Detox (RDD) Center has a better way. The RDD Center’s Anesthesia OxyContin detox is a proven procedure that effectively reduces the pain and discomfort associated with conventional OxyContin detox.

Rapid anesthesia detoxification (The RDD Method™) is a medical procedure that “cleans” the OxyContin drug from your brain’s opiate receptors. It even eases you successfully through the “rebound anxiety” that often accompanies detoxification.

The actual procedure takes about an hour. After a brief, painless series of tests, you are admitted to the operating room (O.R.). There, an experienced, board certified anesthesiologist gives you a medication to relax, and then administers a light, general anesthesia. While you rest comfortably, a team of experienced doctors “scrubs” the opiate receptors in your body using an infusion of intravenous medications.

Once the OxyContin is removed from your receptors, the worst of the withdrawal is over. And you slept through it all.

After the procedure, you recover under direct medical supervision. The RDD team of experienced medical professionals monitors your vital signs and your overall physical and mental reactions. In the days that follow the procedure, you may sleep more than usual.

Administered by professionals as part of a long-term drug-addiction recovery strategy, the RDD Method™ has proven to be significantly more effective than older methods.