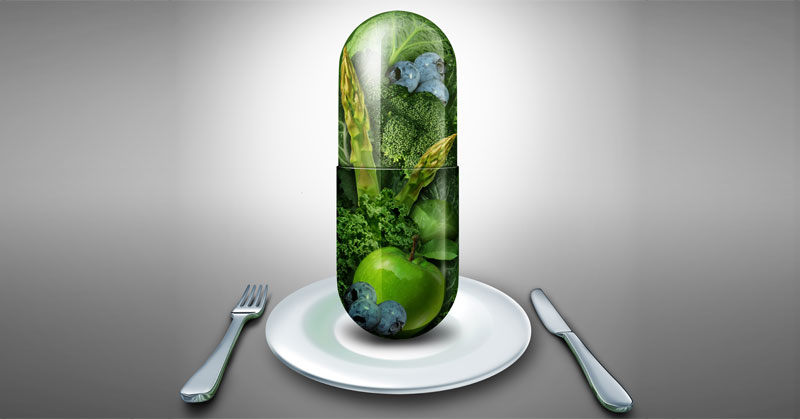 Perhaps your physician or a detox clinic prescribed Subutex (Buprenorphine) for “opiate addiction maintenance” to cure you of your heroin addiction. In other words, they hooked you on a new opiate to “free” you from your original one. Does that make sense? The Federal Controlled Substance Act calls Subutex, Suboxone, Buprenex, a Schedule III controlled opiate drug and for good reason. You probably did not realize that you now had a new, more difficult addiction, until after you had been released from your “maintenance” program. Maybe, like many other Subutex, Suboxone, Buprenex patients, you find yourself as bad or even worse than before switching from your original opiate; heroin.

The National Institute of Health recently reported that over 6 million Americans have used prescription drugs non-medically in the last month. Trading addictions does not solve your drug problem.

This is why it is so important to question any treatment center you are considering, to learn the truth about their programs. Trading one opiate drug for another does not work. It can also lead to a condition called Hyperalgesia. Long term use of opiate drugs can decrease your body’s ability to produce the amount of testosterone and estrogen you need.

The RDD Method™ works by “cleansing” the addicting drug from your brain’s opiate receptors. It even eases you successfully through the “rebound anxiety” that often accompanies detoxification.

The actual procedure takes about an hour. After a brief, painless series of tests, you are admitted to the operating room (O.R.). There, an experienced, board certified anesthesiologist gives you a medication to relax and then administers a light, general anesthesia, while you rest comfortably. Then, while you rest, a team of experienced doctors “scrubs” the opiate receptors in your body, using an infusion of intravenous medications.

With the opiate drugs removed from your receptors, the worst of the withdrawal is over. And you slept through it all.

The RDD Center’s Naltrexone Therapy keeps you clean and eliminates drug cravings. Unlike Suboxone, Naltrexone is not a narcotic and is not addicting. You can read more about Naltrexone by clicking here.

When someone overdoses on opiate drugs, speed is the most important factor, even more so than the substance that was overdosed on. This is because the longer a drug overdose victim goes without treatment, the more the drug is absorbed, and the more damage is done. People can
easily die from drug overdoses.

When someone has overdosed on the following Opiates:  Opium; oxycontin, heroin; morphine; Suboxone, Methadone™; codeine, etc.

One of the subjects that I have taught for over twenty-five years is psychopharmacology. It might be helpful to challenge one of the great myths about mental disorders, namely that they are caused by chemical imbalances. This myth is founded on some of the tricks that are pulled in so-called scientific research in psychology and psychiatry. First, there is a large volume of research claiming to discover all kinds of chemical imbalances in a wide variety of psychiatric disorders. The manipulation of research has become one of the most powerful and most unethical marketing tools ever devised. Not one study can be replicated at the testing labs of hospitals or by laboratories involved in clinical patient care. All that one needs to do is ask his or her doctor to order a blood or urine test to confirm any psychiatric disorder, and the response will be, “I’m sorry, but no such test exists.” Replication is a basic step for all sciences.

The second manipulation is a bit trickier to follow. An unethical researcher, earning grant money from the pharmaceutical companies, injects test subjects with a radioactive sample of a nervous system hormone, such as dopamine, serotonin, nor-epinephrine, and so on, and then trace, using either CT scans, MRIs, or PET scans, exactly to what parts of the brain the chemicals go. They can even trace the hormones to microscopic receptor sites on the ends on neurons. They then repeat the injection process with a radioactive sample of one of the drugs that supposedly correct chemical imbalances, such as antidepressants that elevate serotonin, or amphetamines that effect serotonin and dopamine, and so on and so forth. By golly the drugs go to the same exact parts of the brain and receptor sites as the hormones. Conclusion, the drugs are correcting chemical imbalances!

Not so fast. The part they do not tell the public, and even professional psychiatrists, psychologists, and practicing physicians, is that we can precisely measure hormone levels in all people, and diagnosis does not matter. We can measure the metabolites in the blood, which are the residue left after the hormones are metabolized i.e. used by the nerve and body cells. This tells us the precise amount of hormones carried in anyone’s body. When that is done, as it has by numerous honest researchers, we discover that the amount of hormones are exactly the same for anyone with a diagnosis, such as depression, attention deficit disorders (ADD/ADHD), bipolar, and schizophrenia, as with anyone diagnosed as perfectly normal.

There is a third part to the perpetuation of scam information. We are told that when a drug alleviates certain psychiatric conditions, such as depression and anxiety, that the drug is therefore correcting obvious chemical imbalances. However, this type of logic is not permitted in true science. This is called “allopathic logic”, which is a no no.

Dr. David B. Stein is Professor of Psychology and Criminal Justice at Virginia State University. He is a best-selling author, and his books include: Ritalin is Not the Answer: A Drug-free, Practical Program for Children Diagnosed with ADD or ADHD; The Ritalin is Not the Answer Action Guide: An Interactive Companion to the best-selling Drug-Free ADD/ADHD Parenting Program; Unraveling the ADD/ADHD Fiasco: A Guide for Successful Parenting; and Controlling the Difficult Adolescent: The REST Program (Real Economy Program for Teens).

At the SLEEP 2009 conference in Seattle this week, researchers from the University of California – Berkeley revealed results of a study that showed naps with rapid eye movement sleep refresh the brain’s perception of positive emotions. Study participants who took a 60 to 90 minute nap mid-day with REM sleep were much more receptive to happy facial expressions. Those who didn’t nap had an increased reaction to negative emotions.

Most opiate users never nap and during the night they do not experience good REM sleep. This may be another factor contributing to the sadness and depression that opiate dependent people experience.

A new trend is emerging that is leaving drug addicts that set out seeking treatment in worse conditions then they were before they started treatment: doctors prescribing opiates as a solution for drug addiction treatment.

What is Buprenorphine Treatment

Methadone and OxyContin have been trendy methods of Drug Addiction Treatment for the past few years. These “treatment” methods call for heroin addicts to be placed on a prescription drug of Methadone or OxyContin in order to lessen withdrawal and craving effects associated with abruptly stopping drug usage. What happens, however, is that dosages of Methadone need to be steadily increased in order to get the full effect of the drug, ultimately reaching the point where drug addicts become addicted to the treatment drug. The addiction to the treatment opiates then leads to illegal means of acquiring those prescription drugs.

Buprenorphine Treatment is a similar “treatment method” to Methadone and OxyContin. With Buprenorphine, drug addicts are prescribed orange pills which dissolve under the tongue in order to relieve addicts’ cravings for narcotics. The thing to remember, though, is that Buprenorphine is an opiate.

In recent months, Burprenorphine has become one of the most popular and requested street drugs, mostly by drug addicts who were prescribed the opiate as a treatment option and now need a higher dosage than their doctor will prescribe.

Health officials have seen patients crushing and injecting Buprenorphine pills, eventually leading to overdose and relapse situations. A recent report by The Sun investigated abuse of the drug, which included illegal street sales.

If you or someone you care about has made the decision to seek drug addiction treatment, please research all of your options before deciding on which treatment is best for you. Realizing that your body can easily become addicted to drugs – even opiate drugs that are being prescribed by doctors – early in the research process will help ensure a successful treatment journey. Don’t trade one bad habit for another!