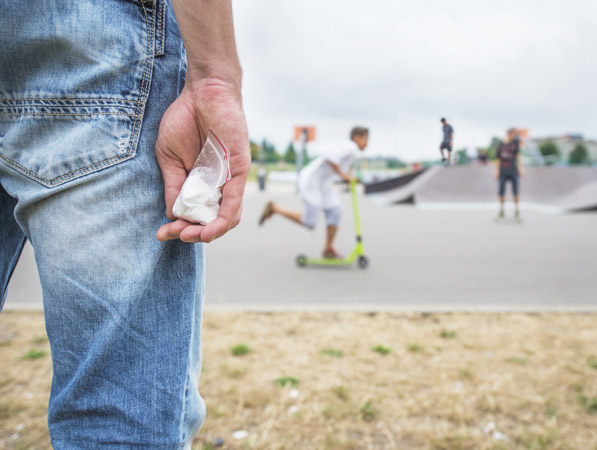 Not surprisingly, drug use spikes in June and July for teenagers who are out of school for the summer with more time on their hands and less adult supervision. The statistics are staggering.

Teens are much more likely to try cigarettes and other drugs for the first time during the summer months, according to a new survey.

Researchers found first-time use of these substances, as well as marijuana and hallucinogens, peaks during June and July, with thousands more youths trying them each day compared to other months.

“More free time and less adult supervision can make the summertime an exciting time for many young people, but it can also increase the likelihood of exposure to the dangers of substance abuse,” Pamela S. Hyde, administrator of the Substance Abuse and Mental Health Services Administration (SAMHSA), which conducted the study, says in a news release.

In the study, researchers analyzed information from the National Survey on Drug Use and Health from 2002-2010. The survey asked participants between the ages of 12 and 17 when they first used tobacco, marijuana, and other substances.

The results showed first-time use of all tobacco products, marijuana, hallucinogens, and inhalants peaked dramatically in June or July.

For example, on an average day in June or July:

The only substances that did not have higher rates of first-time users during the summer months were cocaine and prescription pain drugs used for non-medical reasons.

Researchers say the summer months are a time when teens are on break from school and may have more idle time, fewer responsibilities, and less adult supervision.

“That is why it is critically important to take every opportunity we can throughout the year to talk to our young people about the real risks of substance abuse and effective measures for avoiding it, so they will be informed and capable of making the right decisions on their own,” Hyde says.

As prescription drug abuse is on the rise, the Washington State Department of Health reports that overdoses have replaced car crashes as the leading cause of injury-related deaths. From 2003 to 2008, the rate of prescription overdoses and hospitalizations rose 90 percent.

The most prevalent drug overdose and death culprits appear to be Vicodin, Oxycontin and Methadone, all opiods. The overuse of Vicodin can lead to increased tolerance and addiction. One risk of Vicodin addiction includes liver toxicity, which increases for users without a tolerance to the drug. Oxycontin users may suffer from respiratory depression or arrest, skeletal-muscle flaccidity, blood-pressure and heart-rate reduction, coma and death.

As for Methadone, the FDA has issued a public health advisory warning that deaths and life-threatening side effects have been reported for both new users and those that switched to Methadone after being treated for pain with other strong narcotic pain relievers. The drug can cause slow or shallow breathing and change in heartbeat that may not be felt by the patient.

The trend of drug use has evolved since popular use of certain drugs each era – from LSD in the 1960s, heroin in the 1970s, crack cocaine in the 1980s, crystal meth in the 1990s to the current prescription drug abuse.

This year’s latest drug control strategy emphasizes anti-drug programs and encourages health care providers to screen for drug problems before addiction sets in, marking a change in policy. The policy requires early detection of patient drug use and database tracking of physicians that overprescribe addictive painkillers.